A Snapshot History of Botox 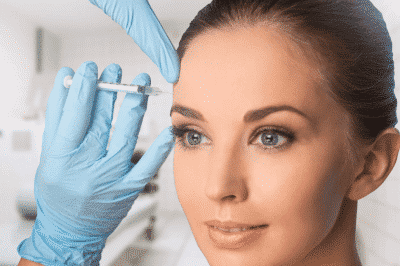 Become a younger and more vibrant version of yourself with injectables, fillers, micro needling, micro-channeling, B-12 injections, and other minimally-invasive procedures. Contact Kim at Dimensionz Injectables for an in-depth consultation before starting any treatment plan. Consultation is a personalized assessment for your individual needs and the opportunity to ask questions.

One of the most requested procedures, Botox, is a very popular injectable used for cosmetic reasons. When used correctly, Botox injections are marginally invasive and proven to be safe.

The history of Botox, a purified and diluted form of the world’s deadliest toxin, is a colorful story involving a batch of spoiled sausages, a band of Belgian musicians, a pickled ham, and two married Canadian doctors.

The protein used in Botox was first discovered in 1820 when a German poet and medical enthusiast found that something in spoiled sausages was responsible for lethal food poisonings of a group of people in his town. He published the first scientific description of what is now the symptoms of foodborne botulism.

In 1885, a Belgian physician and professor of microbiology was asked to investigate an outbreak of botulism in a band of musicians. These musicians had been playing at a funeral, and they became seriously ill after eating pickled ham. Some members of the band later died

The anaerobic bacterium which caused the illness was discovered by Emile Van Ermengem through a clinical and toxicological analysis of the food the band members had eaten. Emile Van Ermengem was so enthusiastic about his discovery he named the toxin Bacillus botulinum after the Latin word for sausage (botulus).

In 1977 after clinical studies and trials, highly diluted botulinum toxin began to be used in medical procedures to treat muscle spasms caused by overactive muscles.  Additional research proved that Botox injections could help in ophthalmology, facial spasms, neck and shoulder spasms, and even vocal cord spasms.

In 1989  the FDA approved botulinum toxin type A for treating strabismus (cross-eyes)  and blepharospasm (spasms of the eyelid muscles.) After approval, the drug company Allergan acquired the original company and changed the name to the catchy Botox moniker.

The most earth-shattering discovery of Botox’s benefits was discovered by accident when Canadian ophthalmologist Dr. Jean Carruthers noticed her patients were losing their frown lines and crow’s feet after Botox injections. Dr. Carruthers and her dermatologist husband did intensive studies of the toxin. They ultimately published their studies in the Journal of Dermatologic Surgery and Oncology. The doctors claimed that C.botulinum-A exotoxin was a safe and straightforward procedure to treat brow wrinkles and crow’s feet.

You can imagine what happened when this news came out!  Dermatologists in Hollywood took note and took advantage of the cosmetic use of Botox injections. By 1997 Botox was used to “freeze” wrinkles in celebrities and those who could afford the treatment.  However, at this time, Botox injections were not approved by the FDA, and the cost of using Botox was high. Botox became so popular that by 1997 the country’s Botox supply temporary ran out and caused panic among its devotees.

FDA approval continued to come in for Botox use and in 2000 Botox got the FDA’s nod to treat neck and shoulder spasms. In 2002 Botox Cosmetic got its official government approval and Allergan began marketing Botox injections for cosmetic purposes. By the end of 2002, Botox sales had reached over $400 million.

In 2003 Allergan proclaimed that Botox was one of the most successful pharmaceutical brands launched. And, in 2004, Allergan received FDA approval to treat severe underarm sweating or hyperhidrosis.

By the end of 2006, Botox sales rose past the $1 billion mark, and cosmetic use was about half of those sales. Botox injections were offered at gyms, spas and there were even Botox parties. It was a staple of makeover shows and the beauty secret of presidential hopefuls (yes men used Botox injections) and Hollywood starlets.

Botox has been used for years to temporarily improve the look of moderate to severe crow’s feet and frown lines between your eyebrows. Botox injections work by weakening specific muscles or by blocking certain nerves. The effects last about three to twelve months and the product used for cosmetic procedures is FDA approved.

This is the "wpengine" admin user that our staff uses to gain access to your admin area to provide support and troubleshooting. It can only be accessed by a button in our secure log that auto generates a password and dumps that password after the staff member has logged in. We have taken extreme measures to ensure that our own user is not going to be misused to harm any of our clients sites.

Are there any side-effects of Kybella?
May 9, 2019
Recent posts